Best time to get pregnant 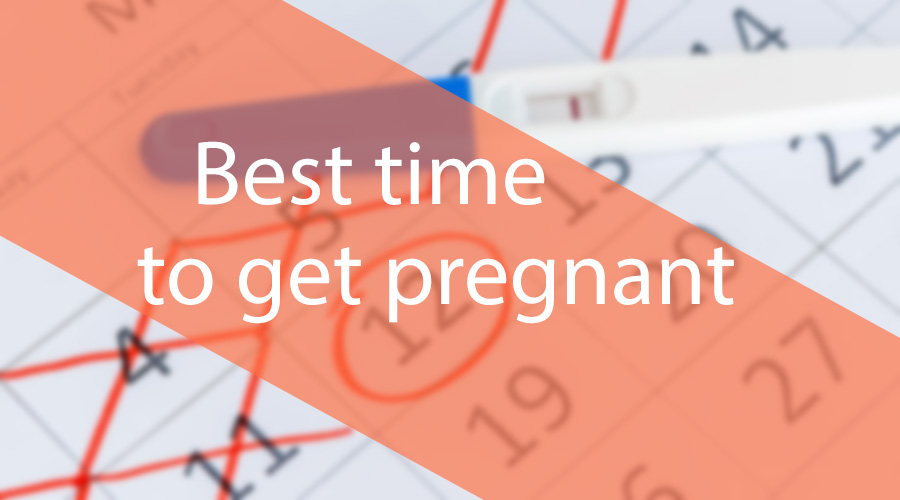 There is no one perfect time to get pregnant. However, there are some times when it might be better for you and your baby. If you are trying to get pregnant, knowing when the best time is can help increase your chances of success.

The menstrual cycle is the process that prepares a woman’s body for a possible pregnancy. The average cycle length of menstruation lasts 28 days, but it can be as short as 21 days or as long as 35 days.

The first day of the menstrual period is when a woman’s period begins. About 14 days after the first day of her period, she ovulates, which is when an egg is released from her ovary. If the egg is fertilized by a sperm which takes place in the fallopian tube, it will attach to the wall of the uterus and develop into a baby. If the egg isn’t fertilized, it will break apart and be absorbed by the body.

If you’re trying to get pregnant, you’ll want to have sex during the two days before you ovulate and on the day you ovulate.

Ovulation is the process that occurs when a mature egg is released from the ovary. Ovulation occurs typically about two weeks before the start of a woman’s period. Luteinizing hormone is a hormone that helps to regulate ovulation. LH levels increase before ovulation, so you can also use a LH test to find out when you are most fertile. If you are trying to conceive, you want to have intercourse during the time leading up to and including ovulation.

Relatedly, fertile window is the time frame when a woman is most likely to conceive. For most couples, this is about six days around ovulation. The exact timing depends on the woman’s menstrual cycle. Fertile window usually lasts for about six days, but it can be as short as one day or as long as a couple of weeks.

Sperm can live for up to five days in the reproductive tract, so you have some flexibility in terms of when you have sex. The best way to track ovulation is with a fertility monitor or by tracking your basal body temperature (BBT).

Another way to tell if you are ovulating is by using an ovulation predictor kit (OPK). OPKs work by detecting the LH surge, which is a hormone that increases just before ovulation.

There is no one definitive answer to the question of when the best time to get pregnant is. However, there are a number of methods that can help you calculate your ovulation date. One common way to calculate ovulation is by tracking your basal body temperature (BBT). This involves taking your temperature every morning before getting out of bed. You will likely see a slight uptick in temperature after ovulation as your body begins to produce progesterone.

Another way to track ovulation is by checking the consistency of your cervical mucus. After ovulation, the mucus will become thicker and less stretchy. If you are trying to conceive, it may be helpful to track both BBT and cervical mucus changes.

When is the best time to get pregnant?

There is no one perfect time to get pregnant. Fertility begins to decline in a woman’s early 30s, but pregnancies can occur up until a woman is in her early 50s. The best time to get pregnant may vary from woman to woman and also depending on the couple’s circumstances.

One factor to consider when trying to conceive is the woman’s menstrual cycle. A woman is most likely to conceive if she has intercourse on the days leading up to ovulation, which typically occurs about 14 days before the start of her next period. For some women, tracking their basal body temperature or using ovulation predictor kits can help them determine when they are most fertile.

Another factor that can affect fertility is weight. Being overweight or underweight can impact a woman’s ability to conceive.

A woman’s basal body temperature (BBT) is her lowest temperature in a 24-hour period. To track your BBT, you’ll need to measure it every morning before you get out of bed. Use a special basal body thermometer, which is more accurate than a standard oral thermometer.

After you’ve taken your temperature for a few months, you’ll start to see a pattern. Your BBT will rise slightly after ovulation and stay elevated until you get your period. This rise in temperature is caused by the hormone progesterone, which is produced after ovulation.

Knowing your BBT can help you determine when you’re most likely to ovulate. If you want to get pregnant, have sex during the two to three days before your temperature rises.

If you’re trying to get pregnant, you may want to consider using an ovulation predictor kit. OPKs are available over the counter and can help you determine when you’re most likely to ovulate. They work by detecting the hormone LH in your urine. Most kits test for LH for two to three days in a row.

If your results indicate that you’re about to ovulate, have sex during the next 24 to 36 hours. Many couples conceive within the first month of using an ovulation predictor kit.

Use a cycle charting app

There are a number of different cycle charting apps on the market, and many women find that using one of these apps helps them to better understand their own cycles. Apps like Fertility Friend and Kindara allow you to track your basal body temperature, cervical mucus, and other factors that can help you to determine when you are most capable to produce a fertilized egg. If you are trying to conceive, using a cycle charting app can be a great way to increase your chances of success.

In conclusion, the best time to get pregnant is when you are most fertile. This is typically around the time of ovulation, which can vary from woman to woman. There are many ways to track ovulation, so you can ensure you are trying when you have the best chance of getting pregnant. If you are trying to get pregnant, be sure to talk to your doctor or a fertility specialist about your specific situation.